A One-Handed Cook’s Favorite Kitchen Tools 2023 | Get Best Drone Skip to content
We use cookies to ensure that we give you the best experience on our website.

Two of the most incorrect things ever said about me because I was born missing a hand: that I wouldn’t be able to drive and that I wouldn’t be able to cook. In the car, the only thing I’m not excellent at is parallel parking, but that’s just because I’m a fool from Florida. As for the kitchen, let’s just say there’s practically a waiting list for a dinner party at my house. The kitchen is where I pour both my anxiety and my enthusiasm for life into various culinary projects—with the help of my favorite tools.

Kitchen tools do not need to be marketed as accessible devices to work well with one hand. In fact, some intentionally one-handed or ultra-convenient designs work very poorly for disabled, injured, or otherwise one-hand-reliant users. As a one-handed home cook, I’ve discovered that some of my most reliable kitchen tools are only incidentally one-hand friendly.

On a sleepy, gray afternoon, I might fold together the ingredients for a luscious blue-corn cornbread using a wide silicone spatula and a large rubber-bottomed bowl from OXO’s 3-Piece Stainless Steel Mixing Bowl Set. The bowl’s hefty weight and rubber coating keep it firmly on the counter whereas other, lighter stainless steel bowls might spin and wobble from the mixing. (Those light mixing bowls might work well in busy restaurant kitchens partly because they spin so easily, but they require active use of both hands to keep the bowl from spinning out and landing on the floor.) In addition, the rim of the OXO bowl has a small lip, which allows me to tilt the bowl upward without the need for fingers or downward pressure to keep it in place.

Sometimes, a tool that doesn’t advertise features helpful to a one-handed cook might even outperform another tool that does. For example, the OXO Smooth Edge Can Opener doesn’t tout this fact, but its handles stay locked well enough that I don’t need to grip them closed while turning the knob. That makes it more functionally accessible than the Zyliss Lock N’ Lift, which advertises a locking mechanism but still requires a firm grip over the handles.

Other tools are useful simply because they allow limb-different cooks to work as quickly as two-handed cooks. During prep work, a common professional cooking technique is to use a bench scraper, like the one I use from Ateco, to move chopped and diced ingredients from the cutting board to the stove. This is a great tip for any home cook, but it’s especially helpful for the one-handed cook.

Of course, there are tools designed specifically for one-handed use, too. While I love many of my kitchen tools, my absolute favorite utensils are my dinner “forks” from Knork (yes, they’re what they sound like—a knife-and-fork hybrid). Their design is friendly to one-handed eaters as well as any people who simply refuse to use knives while they eat. If you brutishly force the blunt side of a fork into your chicken breasts, crab cakes, and waffles, rocking your utensil back and forth on your plate, Knorks are for you. To accommodate this common eating style, Knork designed the sides of its fork with beveled edges and widened the neck to create a finger platform from which you can apply force as you “slice.” Knork says it designed its flatware to complement the way people “naturally eat,” but both the flatware and Knork’s Eco Party Plate, which features a wine-glass cutout so you can have “a free hand to cut your food,” are also great designs for people like myself and others with limited dexterity.

Yet not all intentionally one-handed designs are so successful. Some are more concerned with their apparent ergonomics than they are with actually accomplishing a task well. Take, for example, the bagel guillotine, which my mother lovingly bought for me to outfit my very first college dorm room. The first thing I noticed: its awesome violence. The brilliant V-shaped blade looks pointy and sharp enough to do its job with the use of only one hand. But there’s a reason these things aren’t found in any proper bagelry—when that blade comes down vertically over a reasonably fresh bagel standing on its side, the blade merely smushes the bagel’s perfect curve into its own hole, creating a smiling clown face of bagel misery. Bagels are better cut while they’re lying flat, with one hand holding the bagel in place as the other hand slices parallel to the cutting board. A one-handed approach that replicates this action might simply involve laying a moderately heavy weight such as a panini press on top of the bagel. With designs meant for one-handed users, I don’t want to simply do the thing, I want to do the thing well.

When faced with lengthy, repetitive tasks in the kitchen, such as continuously stirring risotto, one-handed cooks cannot switch hands to reduce fatigue. A couple of years ago, many commenters online mocked the Üutensil Automatic Pot Stirrer for enabling what they saw as the chronically lazy, even when it was clear that many people with disabilities could benefit greatly from an automatic pot stirrer. Unfortunately, the tool did not live up to its potential: I gave the product a try and found that the “Look, no hands!” battery-powered stirrer lost all its power when it came up against the slightest hint of viscosity. Although it may move thinner liquids—which run little risk of getting stuck or burned on the bottom of the pan anyway—it’s useless for homemade sauces and custards, let alone risotto. Until a better automatic stirrer comes along, tagging in someone else’s arm will remain my method of choice.

With designs meant for one-handed users, I don’t want to simply do the thing, I want to do the thing well.

Ultimately, the most accessible tools of all are those that are exceptionally well made: a sharp, durable chef’s knife, reliable kitchen shears, and a commercial-grade nonstick skillet. A good tool holds up to years of both conventional and more creative use—bench scrapers double-dutying as second hands, bowls staying put during the most vigorous one-handed whisking. And good, thoughtful design—the kind that makes tasks faster and easier—often works for people with disabilities, as well. As always, keep your best tools well guarded and, as Julia Child wrote, hidden away “from kooks and non-cooks.” 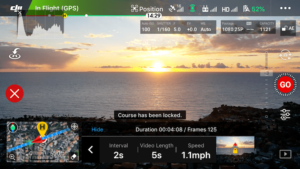 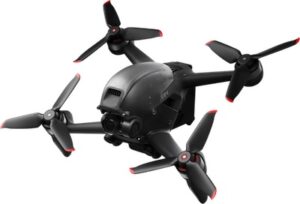 The DJI FPV Evaluation of Options and Specs 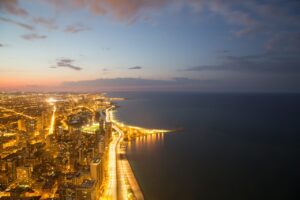 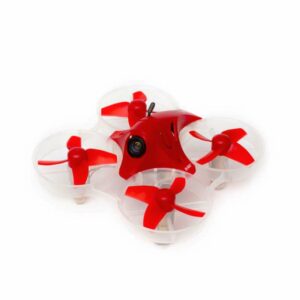 Can You Put on Glasses With FPV Goggles?